Both the DJI Spark and DJI Mavic Air are magnificent drones that make flying welcoming for both beginners and experts. But the question is, which one is better over the other? That is why I made this article to make a comparison between the DJI Spark vs DJI Mavic Air. I’ll get straight into the nitty-gritty so you don’t bore yourself in the long run as you read the comparisons.

If I were to describe the looks of the DJI Spark and Mavic Air, I would say the former looks hip and casual, while the latter is posh and elegant.

If you like a drone that fits conveniently in your travel bag or a slot inside your purse, both drones do fit like gloves. One thing I do want to note about the DJI Mavic Air is that it has these cute flippable landing legs underneath the rotors.

Both are foldable drones, but the Mavic Air seems to be harder to fold as if you are not sure if you are breaking something, while the Spark feels smooth.

Both the DJI Spark and Mavic Air are quite small, although the latter is a bit heavier by a hundred more grams. However, the DJI Spark is smaller in dimensions compared to the Mavic Air, yet both are still good enough to fly around indoors with no problems.

Either way, you will still need to register both drones to the FAA since the Spark and Mavic Air weigh more than 250 g. If you were hoping of getting away from the drone registration process, you should go for the DJI Mavic Mini instead because that drone has an intentional weight of 249 g - right below the minimum weight required for registration to the FAA.

Fortunately, both the DJI Spark and Mavic Air last just enough thanks to their first-class batteries. Yet, the DJI Spark has a shorter battery life of only up to 16 to 17 minutes while the Mavic Air can last up to 21 minutes. This is also one of the reasons why the Mavic Air is more expensive than the Spark. Both drones carry extra batteries in case you want your flight sessions to be longer or if the original battery’s health has vastly deteriorated.

Both drones have easy battery slots and the batteries themselves won’t pop out if ever it crashes on a surface. Recharging is quick for the two drones thanks to DJI’s enhanced charging capabilities which are twice faster than any competing brands.

This is where things get interesting. In terms of camera quality - and technology - Spark and Mavic Air both have their unique set of features.

For the Spark, you only get 1080p worth of resolutions with its 12MP camera. Now, I know that it is the current year and 4K is more relevant, yet everything just looks so good with the Spark’s camera quality. You would even forget that you are only filming at 1080p under 30 frames per second. Visuals are crisp and clear for both still images and videos. The gimbal helps in making dramatic shots and - for a drone that costs less than $400 - makes it a great buy.

Contrastingly, the Mavic Air uses 4K under 30 frames per second using a 12MP with a 3-axis gimbal. If you value 4K over 1080p for those little details that you cherish, then the Mavic Air suits you well, but its price is double that of the Spark. Just like the former, the Mavic Air also records stunning videos and captures remarkable images that would give you approval from the world’s top photographers.

Honestly, it is very hard to compare between the two since they are both highly responsive. Especially with a controller, both the DJI Spark and DJI Mavic Air respond immediately without major issues. Both drones include altitude hold, return to home and multiple flight modes.

Yet, while it is true that DJI is all about air superiority, the Spark does have a very slight delay versus the Mavic Air. But if you are not the biggest hobbyist, this shouldn’t be an issue at all.

The included controllers for the two UAVs are very tactile and ergonomic to use. In terms of design, I would say the DJI Spark looks slightly simpler than the DJI Mavic Air. But for the weight and size, the Spark is lighter and smaller.

Noise is almost non-existent for both UAVs - in fact, the two are arguably one of the quietest drones in the market, and it does not include the annoying alarm that could startle an unsuspecting person.

Finally, the range for the Spark and Mavic Air can go beyond 100 m, but I wouldn’t go further than the allowed altitude if I were you.

If you were to ask me what I would pick between the DJI Spark vs DJI Mavic Air, I couldn’t decide, honestly. You see, while both may be quite similar, their target markets are slightly different. DJI Spark is better suited for social media enthusiasts and selfie addicts, while the DJI Mavic Air is more for content creation and illustrious shots. Either way is a good choice to buy. 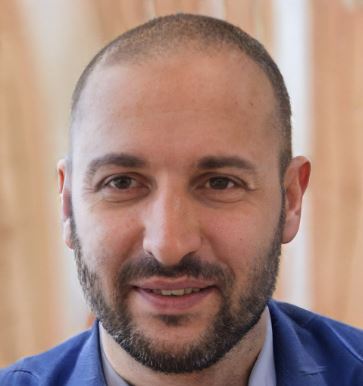 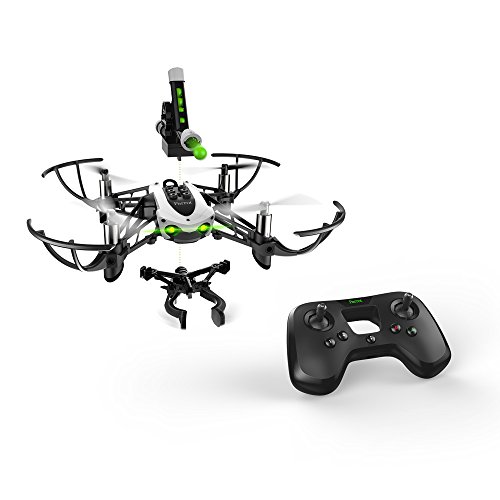 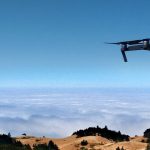